Trapped is a call for hope to our society. Many people live in a place where hope and solidarity are slowly fading. We the immigrants, the future generations, are facing the biggest displacement of all time. José Maria and Susana are just two glimpses of what it means to be a refugee living in fear. They are an example of survival. They are what nationalists see as the outsiders, trespassers, criminals, or as''those kind of people''.

Meanwhile, these people are obliged to rebuild their lives away from their homeland.
Today is José Maria and Susana’s turn, tomorrow it might be yours. This play is a call for solidarity to those who are our neighbours, our community, our future.

EXCERPT OF THE PLAY

The play takes place in Ecuador. It is current time. It is evening in the city of
Ibarra. It is very dark outside.

The lightning should give us the sense of chaos and desperation. We hear the sound of people throwing things out of the building’s windows and burning tires on the streets.

José Maria and Susana enter the stage running with fear and no direction.

JOSÉ MARIA
Corre! Corre! (RUN! RUN!) They are behind us! They are almost catching us!

SUSANA
Oh my God! They are going to stone us to death! God, have mercy!

JOSÉ MARIA
Hurry, we need to get out of here!

They go and hide quietly in a dark alley. They are running out of breath. They watch how the mob is kicking people out of their houses.

SUSANA
No, es justo! (THIS IS UNFAIR!) We don’t deserve this. Están quemando nuestras cosas, José
Maria! (THEY ARE BURNING OUR THINGS, JOSÉ MARIA!) We can’t let this happen. They can’t kick us out like dogs and burn our belongings. What did we do to deserve this?! What?! I am tired of walking, of crossing borders, of hitchhiking and searching for a place to stay. We left Venezuela looking for peace. Not this! I feel lost. This is hopeless.

Screaming voices outside
Ay, mi Dios! They want to burn us alive! We are not going to make it José!

JOSÉ MARIA
Callate! (SHUT UP!) Let’s get out of here before the mob catches us. 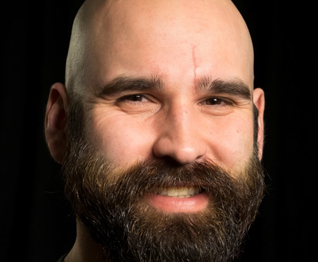 Ed Mendez is an actor, director, sketch comedian, puppeteer, and arts administrator from Saskatoon, Canada. He has been an arts professional for over a decade and in that time has had the pleasure of working with most of the theatres in his hometown, attended various national and international festivals, and continues to learn from mentors both younger and older than himself. Ed is passionate about creating new works and inspiring the next generation of artists. 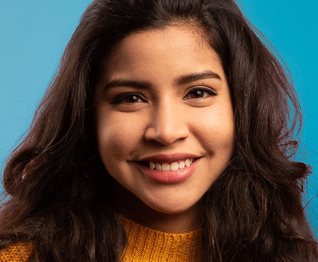 Yulissa is a professional actress and an emerging playwright originally from Ecuador and currently living in Saskatoon, Canada. She holds a Bachelor of Fine Arts in Acting and a Bachelor of Arts in Psychology, both from the University of Saskatchewan. Yulissa is also the creator and artistic director of Ay, Caramba! Theatre, the first Latinx theatre in Saskatoon! She has been recently working in her new play The Newcomer and hopes to bring it to life soon. Selected theatre credits: Theatre in the Neighbourhood, Earth Diver (SUM Theatre), Prairie Nurse (Station Arts Centre) I, Frida (Ay, Caramba! Theatre), The Penelopiad (FerrePlay). Playwriting credits: Trapped (The Last Sunday, Short Cuts Festival 2020) I, Frida (Saskatoon Fringe 2019). She hopes you are all staying safe and healthy during this difficult time. 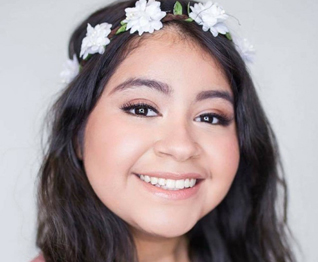 Kris is your friendly neighborhood shorty, meaning she's really nice and short. She has done a few theatre productions around Saskatoon. Most notably she was apart of the Persephone Theater Young Company from 2016-2019. She also was in the Romeo Project at the Fringe Festival 2019. She has also participated in a few productions for the Floyd theatre one-act festival, including Much Ado About Nothing, Drive, and Opening Night. Kris recently finished fashion school and hopes to create her own clothing business soon. She is thankful for each opportunity being thrown her way, because right now all she is used to is eating and sleeping all day. Just a friendly reminder we are all in this together. 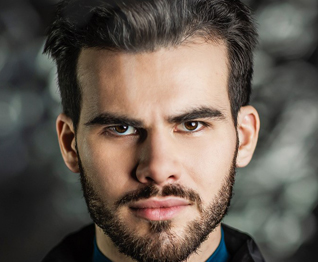 Guifre Bantjes-Rafols is a Catalan-Canadian actor and creator based in Toronto. He can be seen in Coroner episode 202 (CBC), the feature film Sebastian (Bonpland Pictures), and in the upcoming season of Private Eyes episode 405 (Global). Past theatre credits include: Jacob Mercer in Salt-Water Moon (QCT) and Lazarus in Lazarus and his Beloved (Broken Hill Theatre). He also wrote/co-created and acted in the short film Laundro which is currently in post-production.

In 2019, he founded Faula Creative Inc. with the goal of facilitating narrative creation projects for himself and his peers; giving specific focus to collaborating on projects that voice underrepresented stories and illuminate different perspectives. 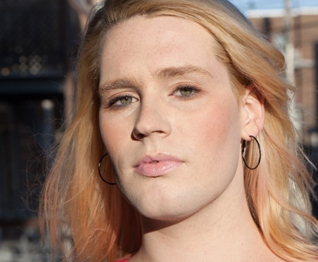 Lenore Claire Herrem is an interdisciplinary artist living in isolation in her Montreal apartment. Born, raised, and educated in Saskatchewan, Lenore enjoyed studying Theatre Performance at the University of Saskatchewan. Her favourite role was playing Wolfgang Amadeus Mozart in Peter Shaffer's Amadeus in 2011. You may also know her as her alter ego, Sandy Bridges, your #1 funny source for tongue-in-cheek advice, eclectic journalism, and affairs of home and garden. Her current endeavours are working on new theatre works in Montreal as well as animation & digital medias.