Art Apart: Talk to Me

Watch the Facebook Live on June 10 at 9PM, EAST

Talk to Me is an original, live, lo-fi site-specific radio play – broadcast for free on Canada’s oldest radio station, CRFC 101.9. A call-in sex and dating advice show, Talk to Me is a comedic exploration into intimacy, liveness, and exposure through the means of radio broadcast. Tune into the full show at FOLDA.ca.

Cellar Door Project’s Talk to Me 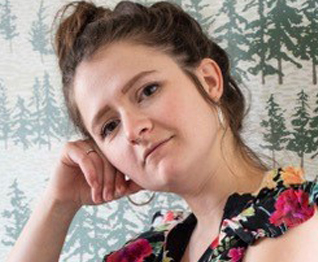 Mariah Horner (actor and producing lead) is an artist based in Kingston, Ontario. Selected credits include: assistant directing Unholy (GCTC, upcoming), directing Hana Hashimoto: Sixth Violin (Thousand Islands Playhouse, 2019), assistant directing Behaviour (GCTC/SpiderWebShow, 2019). She has worked as Digital Content Producer with SpiderWebShow and foldA for the past three years. She is the Festival Director of CFRC's Shortwave Theatre Festival and helmed Kingston's Storefront Fringe Festival from 2016-2018. Co-founding the Cellar Door Project with Devon Jackson in 2013, Mariah has produced 15 original site-specific works. Mariah played Kate Unger in George F. Walker’s HBO Canada series Living in Your Car and graduated with an MA in Theatre Theory & Dramaturgy from the University of Ottawa in 2017. She has been published by SpiderWebShow, Visit Kingston, Canadian Theatre Review, the Architectural Conservancy of Ontario. She is also currently co-writing a book about Participatory Performance with Dr. Jenn Stephenson. 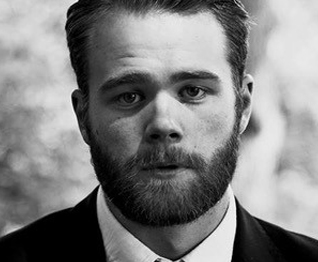 Sean Meldrum (playwright and actor)  is a Canadian theatre artist, filmmaker, and musician. Credits as a writer include Gnaw (Theatre Mies, Toronto Fringe, 2016) and From the Thunder (True Perspective, 2019). Selected credits as an actor include Delusion (Out There Creative, 2020) and Judith Thompson’s HotHouse (Original Cast, Theatre Kingston, 2015). Over the past year, Sean’s short film From the Thunder screened at festivals across the world, winning Best Short Film at the Florence Film Awards, and his experimental piece I Am Like The Moon premiered at the Squat Betty Avant Garde Film Night in London, England. He is a playwright-in-residence with The Cellar Door Project and the in-house screenwriter for Toronto film production house, True Perspective. His play, The Diagnosis, was shortlisted for the Newmarket International Playwriting Competition. For his performance in Cakewalk, he was the recipient of the Focus Film Festival’s 2016 Award for Best Actor. In 2019, he was the recipient of the George Brown Opportunity Award for his work in Sound Design. Voices is his seventh collaboration with The Cellar Door Project. 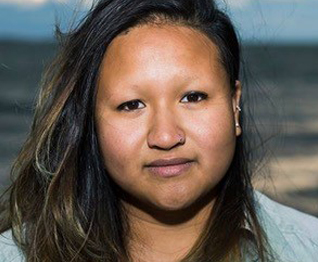 Wallis Caldoza (dramaturg and performance lead) is a dramaturg and artist-researcher pursuing her PhD in the Social Justice Education Department at OISE at the University of Toronto. Her research works at determining how to prevent Othering in tertiary academic institutions using quotidian dramaturgy. Selected credits include: research as a graduate assistant for Dr. Kathleen Gallagher’s SSHRC-funded project Audacious Citizenship (University of Toronto, 2019-2020), playwriting for Beyond the Bard (Driftwood Theatre, 2020), playwriting for Trafalgar 24 (Driftwood Theatre, 2019), postgraduate induction workshop facilitator (Royal Central School of Speech and Drama (RCSSD), 2018), collaborative writer and scenographer for Armen Avanessian & Enemies #33 Corresponding with ghosts – A staged reading with music on the legacy of debt (RCSSD and the Volksbühne Berlin, 2017 – 2018), founder and facilitator of A Space: 48 Hours at Queen’s University (2017), dramaturgy intern at CAHOOTS Theatre (CAHOOTS Theatre, 2016 – 2017), and stage manager of the Young Company’s touring production of Violet’s the Pilot (The Thousand Islands Playhouse, 2016). Wallis also holds an MA, with distinction, from RCSSD for Theatre Criticism and Dramaturgy and a BAH from Queen’s University.