My Grandfather’s True Stories is a radio play, or recorded story, by Katerina Bakolias. Running 30 minutes in length.

Its purpose is as a tribute to her grandfather, Alexander ''Alec'' Gillis, a fantastic storyteller and constant source of artistic support. Katerina hopes that these stories will fascinate listeners, both young and old, and evoke pleasant memories of bedtime stories.

''My grandfather paints a perfect picture with his words and from the time I was able to understand him he told me stories. Funny stories, ghost stories, and stories that he promised were true. I’ve selected three of my favourites and retold them in my own words with some added theatrical flare, but I’ll leave it to you to decide if they’re true.'' - Katerina 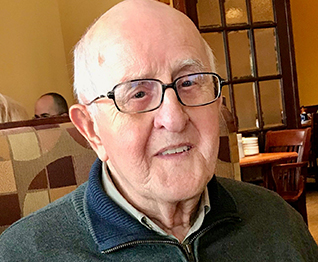 The Girl and the Bear (13:49 minutes) - Ada, a 5-year-old girl who often feels ignored by her parents and pushed around by her older brothers, sets out on an adventure to answer the age-old question: Do bears dream? With so many ideas bouncing around in her head and no one except for her stuffed bear to talk to Ada finds an unlikely listener in the woods.

Veronica’s Room (11:38 Minutes) - In his grandmother’s creaky old house, Alec is determined to see the ghost of the long dead Veronica, who haunts the bedroom off the living room. As the house fills with visitors one summer’s evening, someone gets a surprise visit from the ghost.

The Coal Miner and the Rats (5:56 Minutes) - Let me introduce you to my grandfather, and tell you a few stories about the crazy rats that lived in the mines. 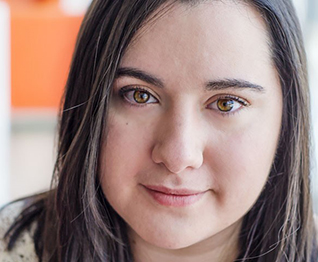 Katerina Bakolias is a Halifax-based performer, playwright, and screenwriter. She graduated from Dalhousie University's Fountain School of Performing Arts with an Honours in Theatre and has been working in the Halifax film and theatre community ever since. Most recently Katerina has appeared as Eric (Lost Kid) in Neptune Theatre's Holiday Pantomime, Peter Pan. Katerina is the recipient of the ‘Best Performer Award’ in the 2017 Halifax Fringe Festival for her portrayal of Callie in Whale Song Theatre’s production of Stop Kiss.

The first play that Katerina wrote, a one-woman show titled Re-Taled, was performed in the 2016 Halifax Fringe Festival. Her second project, Til Death Do Us Part had a staged reading in the 2018 Eastern Front Theatre Stages Festival, a workshop in the PARC New Play Readings in January 2020, and was scheduled to be produced in May 2020 as part of the Open Spaces program at Neptune Theatre. It will now be rescheduled due to COVID-19.

The Coal Miner and the Rats
Narrator - Katerina Bakolias