At Last! was performed live on Instagram on April 9. You can enjoy a recording of the performance below. 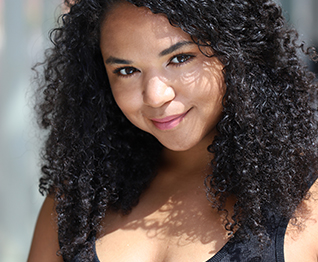 Tanisha Sinclair is an actor and director from Toronto, going into her final year of undergraduate studies at Sheridan College and The University of Toronto’s four-year acting program. She has performed in Theatre Erindale’s studio production The Oresteia as an Argive, and as a co-creator and ensemble member in the play The Places We Are. She also performed in The Blue Bird at the Hamilton Fringe Festival. She also performed as Mara in the independent film The Goldfish Bowl, directed by Meg Howald, which won best film at the Toronto Independent Film Festival in 2016. Tanisha has further interests in writing, directing and voice-over work.