''Two Canoe'' tracks a conversational dance between two rowers who debate whether they are paddling along in the same boat, or whether their separate boats are merely heading in the same direction. The virtually side-by-side performances both undermine and epitomize the confusion and heart ache at the core of this work: in what ways are the rowers very much together, and quite entirely apart? In a format that alludes to closeness while underscoring blatant separation, simultaneously streamed performances by the actors promise simulation of spatial nearness, veracity in temporal alignment, and true play within the closeness of being (almost) close. 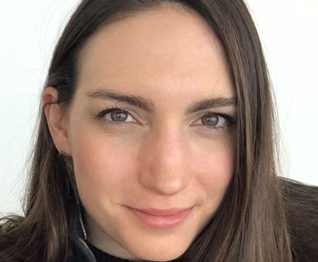 Meagan Woods is a second-year MFA student at Simon Fraser University’s School of Contemporary Art. Originally from the states, Meagan graduated with a BFA from Rutgers University, earning the Margery Turner Award for choreography. Her company has presented a wide range of original dance/theatre works in venues across the North East. Meagan is the founder of two cross-disciplinary performance series: Dance Within the Arts at the Zimmerli Art Museum and Art in Motion at Alfa Art Gallery. Her company has performed twice  for TED talks; video coverage is available at ted.com.  She co-founded the largest annual modern dance festival in New Jersey, Your Move, for which she was granted the Dance NJ Jete Award in 2017. Meagan has co-created several evening length, immersive dance/theatre performances in the NY/NJ region with fellow collaborators Shayfer James and Mason Beggs. She is currently a performer/collaborator for Re:Current Theatre, and librettist for Vancouver's Breathing Bass ensemble, set to premiere a streamed performance of their latest work for re:Naissance Opera's Indie Opera Week this summer. Meagan is also a costume designer, and has guest lectured at The New School, Rutgers University, and Simon Fraser University. More at: meaganwoodsandcompany.com

Patrick is a Vancouver-based actor and improviser. Select acting credits include Sense and Sensibility (Citadel Theatre), #whatnow (Alley Theatre, co-creator) and Red (Aenigma Theatre). He is a member of the Blind Tiger Comedy house team Home Room and the improv duo Always Growing Up, which has performed at Bad Dog Theatre (Toronto), the Hideout Theatre (Austin), and Dad's Garage (Atlanta). Patrick is the creator of Inside Man, a comedy show questioning our understanding of masculinity, and he is an Artistic Associate with the Vancouver Improv Festival. 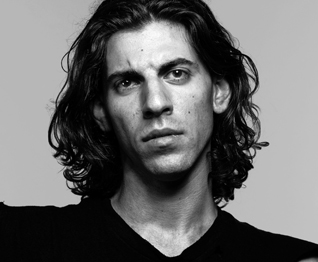 Brian Postalian is a theatre director, producer, and performance creator born and raised in Toronto/Tkaronto by way of Armenia, Ireland, Wales, and the Czech Republic. He is the founding Artistic Director of Re:Current Theatre. Recent work includes: HIVE 2019 (Magnetic North Festival), The Smile Off Your Face (SummerWorks Festival), This Is What I Know (In the Soil Festival). Brian’s work has been featured on “Best of the Year” lists, received Outstanding Direction (NOW Magazine), Best Production (SummerWorks 2017), nomination for Outstanding Direction (MyEntertainmentWorld), and has been described by one reviewer as “clearly unafraid to try just about anything.” He has an MFA in Performance and Contemporary Art from Simon Fraser University. In his spare time, he likes to visit used bookstores, ride bicycles, volunteer and is learning how to draw and play the Armenian duduk.  www.brianpostalian.com / www.recurrenttheatre.com 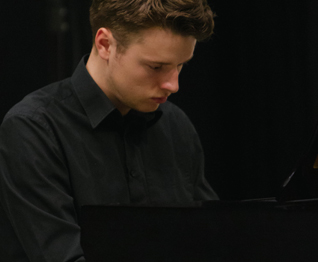 Casper Leerink is a musician, composer and creative user of technology. From 2013 until 2017 Casper studied Piano performance and composition at ArtEZ University of the Arts. After his graduation, Casper moved to Vancouver in Canada to study composition at Simon Fraser University where he is currently pursuing his master in Fine Arts with topics in interactive composition and complexity. Casper seized the opportunity to integrate his two interests, music and technology, in his work. Technology is used to enable new ways of interacting between various persons and objects such as musicians, dancers, video or even members of the audience. With the help of technology these features aren’t a separate entity but rather part of an interactive system.  casperleerink.com